The Church of England Digital Roadshow rolls into London

There are 45 million people in the UK using social media regularly. On average, people spend more than two hours a day engaging with it via a mobile device. What does this mean? Well, apart from people walking around with their heads down looking at a handheld device and narrowly escaping head-on collisions, it also provides an exciting opportunity for the Church to bring people to faith and grow their faith, as Rev Matt Hogg explains.

Rather than expecting people to physically come to the church as a first step, we now have a ‘digital’ way for the Church to go to the people. It reminds me of the passage in Romans 10 which says, ‘how are they to believe in one they have never heard’.

It’s into this context that the Church of England’s Renewal and Reform strategy has rightly identified ‘digital’ as a key focus area, developing what is now a multi-award winning digital team who have already trained more than 2000 churches with digital and social media best practice.

Events, training, workshops, and even ‘digital labs’ have emerged, and after such a successful first event in Leeds, the Digital Team took to the road again rolled into London for a second Digital Roadshow. 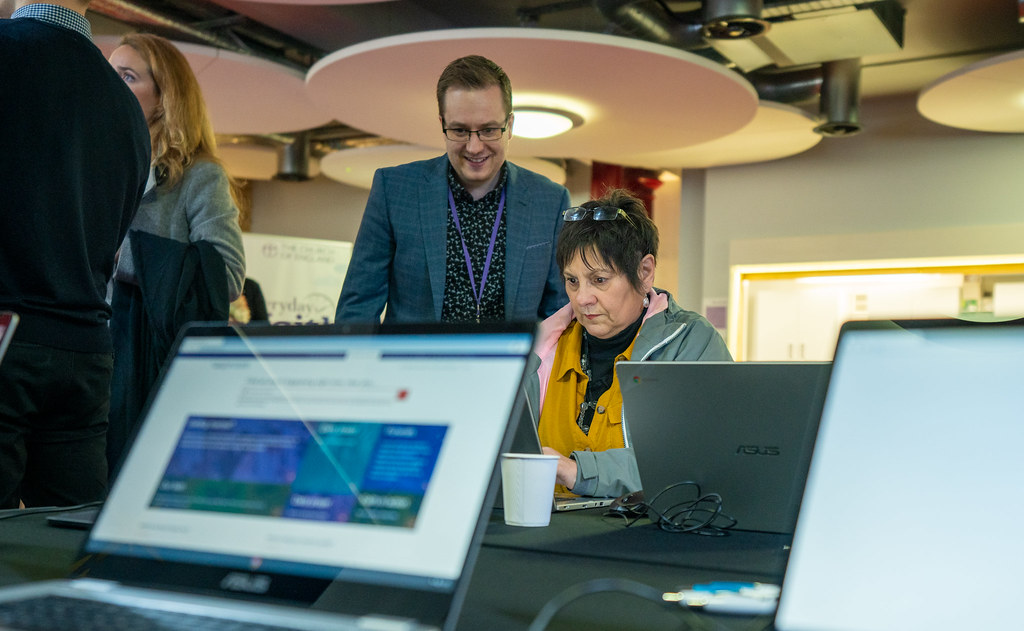 The event was hosted at St Mellitus College and brought together more than 100 people representing churches from across London and surrounding regions. With keynote presentations from digital experts and practical workshops, there was a jam-packed schedule that served to equip and resource the Church.

Adrian Harris, the Church of England’s, head of digital, gave the first keynote presentation where he reviewed just some of what has been accomplished over the last three years. He spoke of a new Church of England website, national and international press headlines, an ‘Alexa Skill’, and even having their work recognised with numerous awards. It was astounding to hear the fruit that has been produced during just three short years, and this is just the beginning.

We then enjoyed other keynote talks from Debbie Clinton, director of Renewal and Reform for the Church of England, and other professionals such as Rosie Wright, news anchor of ‘Good Morning Europe’, Kit Powney, digital content and engagement manager at Tearfund), and Rev Graham Hunter, vicar of St John’s, Hoxton. Each speaker brought the big-picture vision from their own contexts, which in turn created a palpable sense of faith and possibility amongst the audience.

In addition to keynotes there was an array of practical workshops that took place, including a session on using film and video; website masterclasses; using the website A Church Near You; and tips for local churches on engaging with social media.

Tweets posted during the day give a taste of what people took away with them:

There was also a strong thread that ran through the day. A focus on using A Church Near You, which is a powerful and free resource available to every parish in the country.

As a website, it enables communities to find their local church and find out more about services and events. There was much surprise at how effective the website is and what an opportunity the site creates for churches to engage with their local community. It is a resource that every church should and could easily make the most of.

Learn more about how you can make the most of A Church Near You this Christmas.

An excellent day organised by the ambitious Church of England digital team and inspiring to see how God is working in the Church to help us make much more of the digital opportunity we have both to strengthen the church but also to connect with society.

Pray for God’s blessing on this team and on the Church of England as we learn more about using digital as a way of strengthening the church and connecting with society in fresh ways.

Read the latest guidance on coronavirus (COVID-19) on our dedicated page.