Church of England prayer apps were used more than five million times over the last year as a record number of people sought Christian contemplation and reflection online, according to new figures published today.

Apps allowing users to pray the ancient ‘Daily Office’ of morning, evening and night prayer were used 4.2 million times on Apple devices alone in the last 12 months, an increase of 446,000 on the year before, new figures show.

The figures do not include other social media prayers, reflections and posts by the Church of England, which now have an average reach of 3.6 million every month, an increase on 2018.

The digital figures were published alongside the Church of England’s Statistics for Mission 2018 showing that 4,400 churches – more than a third of those responding – run courses teaching the basics of the Christian faith.

These included the Pilgrim course, launched in 2013, and the Alpha course which introduces participants to the Christian faith through a series of talks and discussions.

The figures showed 3,200 churches reported running activities such as youth groups or youth-focused services for children and teenagers aged between 11 and 17 years old.

The statistics showed 1.12 million regular worshippers at Church of England churches in 2018.

There were nearly eight million attendances at Church of England Christmas and Advent services combined in 2018, including special services for civic organisations, schools and local communities. The Church’s reach on social media throughout Advent and Christmas 2018 with the #FollowTheStar campaign was 7.94 million – up by 1.14 million from 2017.

Other figures from the digital report show that AChurchNearYou.com, the church finding website, received more than 38 million page views in the last 12 months, a big increase on the year before.

Since launching in May 2018, the Church of England’s Alexa skill has been asked more than 100,000 questions by Christians and people exploring the faith.

The Bishop of Ripon, Dr Helen-Ann Hartley, said: “The digital figures show how people are using apps, smart speakers and social media to explore and engage in the Christian faith wherever they might be.

“Christians have been praying the morning and evening offices for centuries and it is inspiring that this is available through new platforms and devices to meet the way people live now.

“The significant uplift in visits to AChurchNearYou.com is showing the interest people have in attending churches for weddings, christenings, funerals, services and when travelling.

“The Church’s digital innovation is enabling people to hear the good news of Jesus Christ in ways that weren’t previously possible alongside regular Sunday worship and at significant moments such as Christmas and Easter.

“It is also really striking just how many churches are running courses in the basics of Christianity. This shows a readiness to explore the Christian faith.”

The Bishop of Oxford, Dr Steven Croft, one of the founders of the Pilgrim course, said: “Questions about life and faith are as deep as they ever were. There is a huge appetite to learn and explore. Our churches are welcoming people in, offering courses that make no assumption about what people already know about the Christian faith.

“The sheer number of courses run by churches is a sign of how much people want to explore the big questions about the meaning and purpose of life. We are called to be a deeper church: a church that can help reshape the world.” 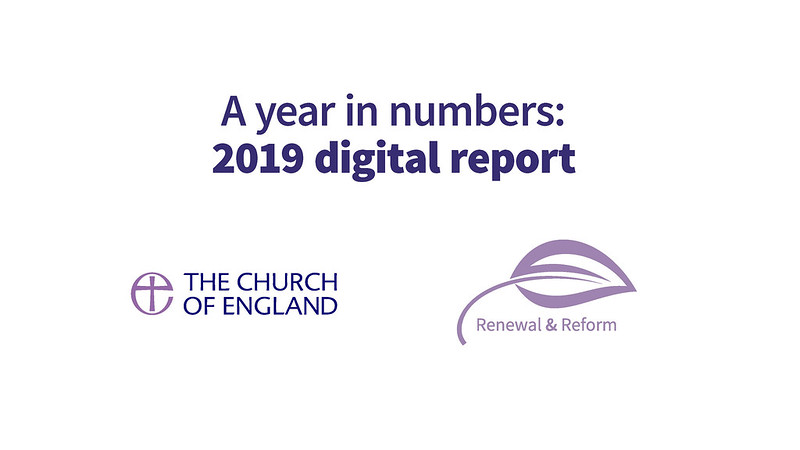 A blog by the Bishop of Oxford can be read here.

Pilgrim: A Course for the Christian Journey was the first discipleship course to be commissioned by the Church of England’s House of Bishops. It was published by Church House Publishing between 2013 and 2015. Material from The Pilgrim Way (a short guide to the Christian Faith) and #LentPilgrim and #EasterPilgrim have been included in recent digital campaigns including the Church of England’s Alexa skill.

The apps are used both individually and as part of corporate worship.